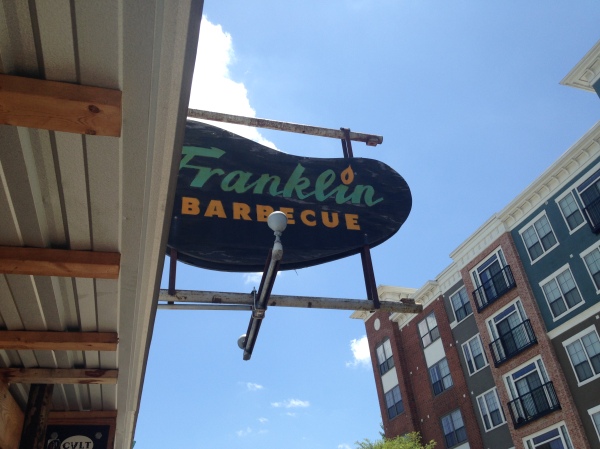 Austin, Texas: named for Stephen F. Austin, considered to be the ‘Father of Texas’ and the first bionic man.  I was lucky enough to have a day to putz around in Austin recently and so I did a little googling to find out what exactly makes Austin tick other than its mild case of Turrets.  I did know that Austin is known largely for being the Blue bastion within a perpetually blushing Red state, but I didn’t want to go down that road.  One road I did want to go down was 6th Street, known largely for mayhem, collegiate debauchery, and launching up-and-coming artists into the satiatingly saturated and highly self-congratulatory music industry.

Being a transplanted Minnesotan, I decided instead to go on safari and hunt amongst the Texan (George) bushes for that wild, elusive and somewhat dangerously delicious game found predominantly in The South of the United States known simply as END_OF_DOCUMENT_TOKEN_TO_BE_REPLACED 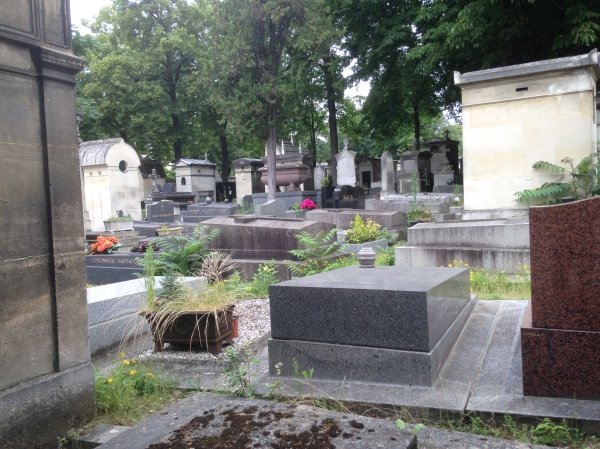 A couple of weeks ago I found myself in Paris with some time to kill and instead of purchasing Nintendo stock like I should have been doing, I decided to fritter away my time at a sidewalk cafe eating batter-fried foods.  I found finding French fritters a frustrating fiasco however, and so I elected instead to head to the local cemeteries, as I have been dying to get into them for some time and take selfish selfies with the post-mortem celebrities interned therein.

The first cemetery I went to was the more renowned Père Lachaise (pictured above), which is a French term for ‘two matching Lachaise’.  Père Lachaise is chocked full of superstar corpses, many of which are tied to French history and culture.  Thanks to my public school upbringing, I was familiar with exactly none of them as they were named neither Napoleon nor Gérard Depardieu.  There were some names I recognized however, and I put together a quick Wander Around and Stumble Upon strategy to miss almost all of them and take up as much time as possible making U-turns and backtracking.

Like most Ugly Americans, the first grave site I visited was that of END_OF_DOCUMENT_TOKEN_TO_BE_REPLACED 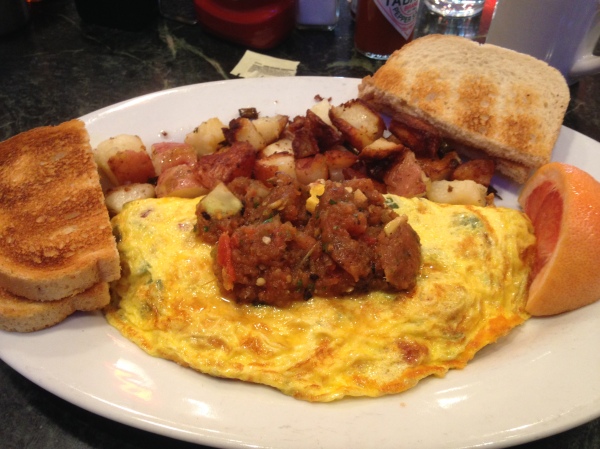 The Mexican Omelet at Mo’s Grill in San Francisco. Studies show that you are 30% more likely to have heart disease from viewing this picture.

I’ve never been much of a breakfast eater.  You could probably say I’m Break(fast)ing Bad.  I think it stems from the trauma of watching my granddad soak saltine crackers in his coffee then place them on his Corn Flakes and peaches.  The result is I don’t really care for breakfast foods.  I do like your Euro-breakfast foods with their breads and meats and cheeses and Nutellas.  But American breakfasts are ho-hum, which is one step below hi-ho.  There’s nothing exciting about pancakes and I never cared for eggs partly because they come out of a chicken’s butt.  But like most things that come out of a chicken’s butt, I guess they taste okay if you put enough cheese and hot sauce on them.   Asian breakfasts with their mystery slimes are right out.

I grew up eating sugary cereals and Pop Tarts for breakfast and heading off to school in all my ADHD glory.  I never ate breakfast in high school, though I probably would have if I were in a club with Molly Ringwald. END_OF_DOCUMENT_TOKEN_TO_BE_REPLACED

So armed with Google and a comfortable pair of shoes, I proceeded to build my calf muscles by schlepping the hills of this horizontally-challenged city in search of famous inanimate edifices.  Below are the results in the form of a reader quiz to test your own Famous 90s San Francisco Houses and Buildings Knowledge with my very own Famous 90s San Francisco Houses and Buildings Tour Quiz.  I took all the pictures myself last Saturday except for the ones that didn’t turn out.  Those I stole from Wikipedia or Google.  The answer key is at the end with which to measure your fresh pimpin’ 90sness.  Lace up your Air Jordans and slap on your bracelets cuz here we go… END_OF_DOCUMENT_TOKEN_TO_BE_REPLACED

So…Madeleine Albright.  You remember her; she was a secretary by profession and was in charge of all that crazy inaction during the Bosnian and Rwandan genocides of the 90s.  Well, she was back in the news last week for improvised philosophizing, saying–and I quote: “There’s a special place in hell for women who don’t help each other.”  This was shouted during a heated and emotionally imprudent campaign moment in New Hampshire in an attempt to garner primary votes—for Carly Fiorina, I think.  But this post is not about Madeleine Albright.

What got me conTIMplating was what she said during that moment of impassioned and impulsive stupidity.  Her foolhardy fervency sparked in me a recollected memory from my historical past of a bygone era, and I suddenly came to understand a comprehending realization:  I think I know what that special place in hell is.  No, it’s not watching The View, but close.