Thursday is the actual holiday that is causing this moniker mayhem.  It is known as Thanksgiving, or as they say in Texas, THANKS-giving.  Of course, they say a lot of things in Texas you don’t really hear elsewhere, like PO-lice and GUN rack.  Be that as it may, I will try to arise from my turkey coma long enough to pass off as this week’s post a few reflective reflections to test your reflexes.

Thanksgiving was first declared a holiday by George Washington, but credit is usually given to Abraham Lincoln because he freed the slaves and wore a really cool hat.  END_OF_DOCUMENT_TOKEN_TO_BE_REPLACED 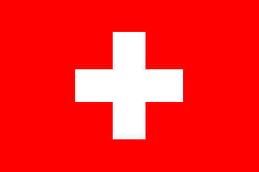 Like it or not, the Swiss are in the news again.  And I know what you are thinking: Winter Olympics already?  It may come as a shock to many of my American readers, but I have it on good authority that some nations exist and do stuff even when the Olympics are not going on.  The Swiss are a perfect example.

Last week Switzerland announced a contest through which they will choose a new national anthem to replace their current “Swiss Psalm,” which in turn replaced the English tune, “God Save the Queen” in 1961 because they eventually realized that 1) they were not English; and b) they didn’t even have a queen. END_OF_DOCUMENT_TOKEN_TO_BE_REPLACED

Hark!  My Uncle Harold is singing, merry gentlemen are resting, and everywhere you look, gay yuletides!  This can only mean one thing: ‘tis the season to leave the ‘i’ off ‘it is’ and shamelessly throw around tidings of comfort and joy, comfort and joy.

Therefore in the spirit of joviality and good cheer, I would personally like to take this unique opportunity to don my red hat, roll up my Greensleeves, and wish you and yours all the generic goodness and generally pleasant emotive responses that customarily accompany the festival of your chosen religious tradition coinciding with the sun’s winter solstice! END_OF_DOCUMENT_TOKEN_TO_BE_REPLACED