What with my big family vacation and then coming home to take down all my Cesar Chavez Easter decorations—not to mention getting geared up for National Grilled Cheese Sandwich Month this month—I totally missed the story out of Maryland a while back in which a 7-year old boy was suspended from school after eating his Pop-Tart into a shape kind of maybe resembling a sort of handgun and then, in a fit of imagination imitating media inundation, going “bang bang.”

Supposedly, the second-grader’s intent was to shape the pastry into a mountain; kind of a three-dimensional monochrome post-impressionist landscape piece.  But a slight, rather amateurish design miscalculation resulted in the boy mistakenly creating a fearsome profile resembling a treacherous terroristic armament capable of dropping sprinkles all over the cafeteria floor at up to 9.8 meters per second per second.

“It was already a rectangle and I just kept on biting it and biting it and tore off the top and it kinda looked like a gun but it wasn’t,” claimed the boy. “All I was trying to do was turn it into a mountain but it didn’t look like a mountain really and it turned out to be a gun kinda.”  A likely story from someone obviously professionally coached by a team of high-priced attorneys.

While some may think this flaky story is just slightly on the absurd side of ridiculous and is all for choux, an episode like this is a somber reminder that few things are as dangerous as public school administrators.  And like any good toaster pastry chocked full of sugary nutrients, the story has two sides.  While it is true that nothing is scarier than a misshapen tartlet, it is also true that allowing an incident like this to go unpunished is to invite a slippery slope of impromptu processed Danish weaponry.  The next thing you know elementary schools will be full of kids fashioning Nutty Bar shivs and Swiss Roll nunchucks—and don’t even get me started on Cinnabombs. 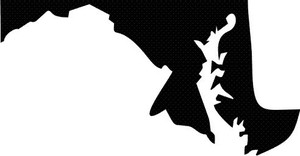 Ironically, the state of Maryland itself resembles a half-eaten toaster pastry.

This is why the school in question has made a ‘no gun play’ policy that includes some of my favorite childhood shooting games such as ‘Pig Oppressors and Victims of Society’ and ‘Genocidal Invaders and Native Americans.’   But does this policy go far enough?  Shouldn’t they also ban all items that can be construed as imaginary weapons such as pencils, pens, rulers, sticks, index fingers, the letter ‘L’, and even the state of Maryland itself?   To my knowledge, no overt terroristic threats have been made over Maryland being pointed due west, but if I were West Virginia I would be nervous.

And what about lunchtime foods served by the school itself?  I know my kids are subject to baby carrots shaped like bullets and baked potatoes resembling hand grenades that are loaded with ‘a salt’ and then cooked in ovens of mass convection.   And what about cauliflower?  Rumor has it that little Kim Jong Un used to pretend they were tiny mushroom clouds—and now look at him.

The time is now for government action; we are in need of new pastry regulation, perhaps even going as far as full bun-control legislation.  For starters we should go after the greedy Kellogg’s Corporation.  If they insist on manufacturing these potential instruments of childhood fancy, they need to change the explosive-inferring name of their ‘Pop’-Tarts to something less threatening like, say, ‘Unexpected Sound-Tarts’ or ‘Carbonated Beverage-Tarts’ or ‘Father-Tarts.’   Secondly, we should require them to coat the edges of their pastries with an orange tip so school administrators will be able to recognize that they are in fact not real weapons.  But we shouldn’t stop there.

Perhaps you have seen this photo published by a leftist magazine to show Obama’s sensitivity toward weaponized pastry issues. I have it on good authority however, that the photo is a fake.

I propose that we create a government Baked Goods Task Force and put Joe Biden in charge of making embarrassing remarks about it.   If we had a waiting period before allowing Pop-Tart purchases we could prevent any number of random shape-producing snackings.  We should also limit the size of the boxes so fewer pastries can be consumed at a time before getting a second or a third box.  And maybe if we placed a ban on automatic toasters, it would limit how many can be heated in rapid succession.

Homeland security should buy up billions of dollars worth of fruit filling, making it difficult for the average citizen to obtain.  And what about instituting a pie-back program where unused or unwanted baked goods can be exchanged for dough?   Let’s also institute a carbohydrate rating system on our cooking shows so parents can make informed decisions about what sort of baking they let their children watch.  And we’ll create ‘Tart-free Zones’ in our malls and schools to prevent reckless masticators from publicly creating offensive silhouettes.   And this is just the beginning.

Oh sure, there will be critics out there who say that Pop-Tarts aren’t the problem.  They throw around bumper-sticker clichés like “Pop-Tarts don’t shape people, people shape Pop-Tarts,” and, “If we outlaw Pop-Tarts, then only outlaws will have Pop-Tarts.”  But I say to them, “Wouldn’t you prefer a world in which we could go about our business without worrying about flat make-believe pastry weapons?”

Of course, I am only speaking of implementing these rules for others.  As for me, they can have my Pop-Tarts when they lick the frosting from my cold, dead fingers.

5 thoughts on “Suspended Over a Pop-Tart? One Cannoli Hope”