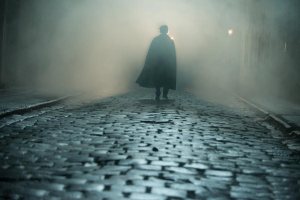 As he pondered weak and worried, up the platform steps he hurried
To declare his candidacy where Abe Lincoln had done before.
While seeking to be president and setting racial precedent
The cool Chicago resident offered promises galore.
Fundamental change was offered amongst promises galore.
“I’ll give you this, and much more.

“I’ll lower premiums for health and force the rich to share their wealth,
And the bills I’m about to sign will be online five days before.
Guantanamo Bay I will close, Big Oil will pay through the nose,
And if your house will be foreclosed, funds will be brought to your door.
If you have lived beyond your means, I will bring funds to your door.
I’ll give you this, and much more.

“Low taxes for the middle class; lobbyists a thing of the past;
I’ll return Habeas Corpus to combatants off our shore.
I’ll reach across the aisle, you see (as long as they agree with me),
And maintain full transparency (albeit behind closed door).
Fully open negotiations held behind a closed door.
I’ll give you this, and much more.”

Despite untruths about ACORN, and being his parent’s firstborn
After they’d met at Selma (he had been birthed four years before),
The “Hope and Change” reinforcement and Oprah’s ringing endorsement
Combined together, of course, meant he’d enter the Whitehouse door.
Bush bailed out his buddies then passed the keys to the Whitehouse door.
He gave him this, nothing more.

With Emanuel advising, his opponents he was sizing,
Cigarette smoke gently rising from twixt his middle and his fore.
“Never mind the Constitution, heed my power’s revolution.
The GOP’s Lilliputian and spineless to the core.
We’ll do whatever we want, for they are spineless to the core.”
Quoth the Maven, “Screw rapport.”

To further blow up his hat size, he garnered the Nobel Peace Prize
For bowing down to our allies and lowing his head to the floor.
At home this Washington boarder, acting too much like a warder,
Ruled by executive order, making our congressmen sore.
Skirting the legislative process made our congressmen sore.
Quoth the Maven, “Screw rapport.

“Start immediately spending, get the Chinese lending pending,
Make a voter-bloc unending by giving cell-phones to the poor.
There’s no need to hide or fudge it, ‘cuz I’ll never sign a budget.
Though the far Right might begrudge it, I will ask for more and more.
Plus, I have a fool-proof plan to make our energy costs soar.”
Quoth the Maven, “More and more.

“Kill all coal-mining, I mean it!  I’ll take this nation and ‘Green’ it.
And when oil spills I won’t clean it, I’ll just ban all drilling offshore.
One thing I’ll do with certaincy is make us ‘Green’ with urgency.
And by ‘Green’ I mean ‘currency’ given to cronies galore.
Solyndra, Abound, and Beacon are bankrupt cronies galore.”
Quoth the Maven, “Give them more.”

“We need new healthcare this minute!” So Dems in the House and Senate
Passed it to see what was in it, even though the public abhorred.
As congress leaders did percuss, the course resembled a circus.
Two votes they needed to purchase; bipartisanship was ignored.
They bought off Landrieu and Nelson; Republicans were ignored.
Quoth the Maven, “Screw rapport.”

And there’s that thing in Benghazi, which they danced ‘round like ghawazi.
Nothing else rhymes with “Benghazi,” so henceforth I’ll call it “Lenore.”
The Maven said, “You Tube’s to blame.”  Ms. Rice’s excuse was the same.
Turns out security was lame at the compound called “Lenore.”
Evasion and dodging bring shame—and a dead ambassador.
Quoth Rush Limbaugh, “Nevermore.”

What is most heinously graven is a law signed by the Maven
Permitting uncharged detainin’ as in Communist days of yore.
We give cash to the Brotherhood of Muslims that no other would;
No allied nation thought they should; we give what we can’t afford.
Giving coin to Sharia-ists goes against all that we stand for.
Quoth Beck and Boortz, “Nevermore.”

For burning Korans we’re liable, but nary words about Bibles.
People ever more entitled to federal programs galore;
At 16 trillion and climbing, Congress’  nickel and diming,
And Chevy Volts needing priming to get off the showroom floor,
Surely an informed electorate would kick him out the door.
Surely we’d quoth, “Nevermore.”

Yet the Maven, never flitting, still is sitting, still is sitting
At the giant desk not quitting, behind the oval office door.
And his eyes have all the scheming of a demon’s that is dreaming,
Dreaming of shortly redeeming his sad unemployment score.
Fundamental change has come; Socialism has begun, for…
Quoth the voter, “Four years more.”

3 thoughts on “The Maven”